Freedom. Liberty and Justice For ALL (Petitions)


The Pledge of Allegiance

I pledge allegiance to the Flag of the United States of America, and to the Republic for which it stands, one Nation under God, indivisible, with liberty and justice for all 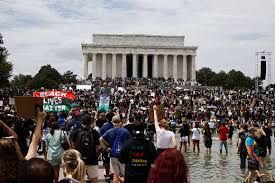 In Keen, this Court recognized the "prevailing rule" that "any property-holder or municipal taxpayer" had the right 2e3a not conferred by statute 2e3a to "enjoin municipal corporations and their officers from transcending their lawful powers or violating their legal duties in any mode which will injure the taxpayers[.]" See Keen, 101 Ga. at 592-593 (citation and punctuation omitted).

Keen reasoned that taxpayers of a municipality were in a similar position to and had interests similar in nature to that of private corporation stakeholders (creditors and stockholders) and, therefore, should have the same ability (i.e., standing) as private corporation stakeholders to "attend their own interests," those being to prevent through litigation the illegal acts of municipal authorities, which would otherwise cause loss and expense that taxpayers would ultimately bear. Id. at 593.

(b) Injunctive relief. As this Court has explained,

Juhan v. Lawrenceville, 251 Ga. 369, 370, 306 S.E.2d 251 (1983). Williams did not allege in his complaint that he suffered any special damages not shared by the general public. Therefore, to survive a motion to dismiss, he must demonstrate that his status as a citizen or as a taxpayer confers standing to seek an injunction against the members of the governing authority in their individual capacities.
(i) Citizen standing . Williams, as a citizen of DeKalb County, generally has standing pursuant to OCGA § 9-6-24 to bring a claim seeking to require a public official to perform the public duties that the General Assembly has conferred upon that official. See Moseley v. Sentence Review Panel , 280 Ga. 646 (1), 631 S.E.2d 704 (2006) (" OCGA § 9-6-24 confers standing ... in those cases wherein the defendant owes a public duty which the plaintiff, as a member of the public, is entitled to have enforced." (citation omitted)).
DeKalb County Commission Pay Raise case will be argued before the Georgia Court of Appeals The UGA Appellate Clinic will be representing and arguing the case
A22A0508 EDWARD E. WILLIAMS v. DEKALB COUNTY et al
Tuesday, February 08, 2022, 1:30 PM Nathan Deal Judicial Center, 2nd Floor (See left menu on the COA website to watch live online at
https://www.gaappeals.us/oav/A22A0508.php
https://www.gaappeals.us/ )
Public Defender
Georgia’s public defenders uphold the United States Constitution’s Sixth Amendment right to counsel by representing those charged with a crime who cannot afford an attorney.
In the landmark 1963 case Gideon v. Wainwright, the U.S. Supreme Court held that a fundamental and essential prerequisite to a fair criminal justice system is the constitutional right to be defended by competent and effective lawyers. The Court stated:
“Reason and reflection require us to recognize that in our adversary system of criminal justice, any person haled into court, who is too poor to hire a lawyer, cannot be assured a fair trial unless counsel is provided for him. This seems to us to be an obvious truth.”
https://gapubdef.org/why-become-a-public-defender/#:~:text=Georgia's%20public%20defenders%20uphold%20the,criminal%20and%20juvenile%20delinquency%20cases.
https://www.schr.org/wp-content/uploads/2020/02/Know-Your-Rights-Right-to-Counsel-in-GA.pdf
https://gapubdef.org/what-we-do/
UGA Appellate Litigation Clinic
https://www.law.uga.edu/appellate-litigation-clinic
Edward Williams v. DeKalb County, et al. argued before Court of Appeals of Georgia on Tuesday, February 8, 2022.
https://youtu.be/54M6JsSUec8
Williams v. DeKalb County case was docketed in the Georgia Court of Appeals on October 25, 2021, A previous case was docketed in the Supreme Court on May 1, 2019. An unconstitutional compensation ordinance to increase the DeKalb County governing authority members' salary by 60% and Open Meeting Act violation will be heard for a second time.
The case was docketed A22A0508
https://www.gaappeals.us/docket/results_one_record.php?docr_case_num=A22A0508
DeKalb County Commission Pay Raise case argued before the Georgia Court of Appeals The UGA Appellate Clinic argued the case.
A22A0508 EDWARD E. WILLIAMS v. DEKALB COUNTY et al
Tuesday, February 08, 2022, 1:30 PM Nathan Deal Judicial Center, 2nd Floor
Questions before the court are whether Williams has standing to make a constitutional challenge without a declaratory judgment to stop the pay raise against the DeKalb CEO Michael Thurmond. The County is arguing that WIlliams was not injured or harmed and that official and statutory immunity protects commissioners from the Open Meeting Act violations. The County also argues that its acts are assumed to be lawful and therefore not illegal. Williams argues that he has citizen-taxpayer standing and does not need to show harm or personalized injury, where public funds or performance of a duty is without authority and is unlawful. The County believes that because Williams only is seeking an injunction and does not have a declaratory judgment claim that he cannot make an unlawful or unconstitutional challenge to determine whether the county act is unlawful. Williams argues that the court has inherent authority under the review clause of the constitution to determine whether acts are in violation of constitutional provisions or statutes where there is a question of law and does not require a declaratory judgment because he is not seeking a declaration of his rights that affect his future conduct. . In regards to the Open Meetings Act violations, Official and statutory immunity does not protect public officials fon injunction relief to stop future acts that are a continuation of past acts that are unlawful or unconstitutional. The County is wrong because for several reasons. Official immunity applies to those claims where damages are being sought for acts that have already been completed and were discretionary acts that are part of the public official duty An authorized civil penalties, court costs, and legal fees are not claims for damages and compliance with the Open Meetings Act is not discretionary for public officials and agencies. Many of these issues were reviewed by the Georgia Supreme Court of the first appeal, however, A DeKalb Superior Court judge dismissed the case for a second time, thus this second appeal.
Case History
Williams sued DeKalb County and members of its governing authority, the Chief Executive Officer and the DeKalb County Board of Commissioners, in their official and individual capacities (collectively, "Appellees").[1] In his complaint, Williams challenged in a variety of ways the legality of a DeKalb County ordinance, which increased the salaries of the members of the county governing authority, setting forth claims for mandamus, declaratory and injunctive relief, criminal and civil penalties for violating the Open Meetings Act, and attorney fees and costs of litigation.
Georgia Court of Appeals Decision July 1, 2022
Williams v. Dekalb Cnty., No. A22A0508 (Ga. Ct. App. Jul. 1, 2022)
https://casetext.com/case/williams-v-dekalb-cnty-1

The case Williams v. DeKalb County (Williams II) will be appealed to Georgia Supreme Court for the 2nd time.

MARTA ACT, RTCAA  AND OTHER COURT EXHIBITS
MARTA HISTORY AND HOW IT IS FUNDED
The History of the US Pledge

(Use Your Rights or You Will Lose Them)

It is the collective and individual legal right of all citizens in the state of Georgia to expect that every article and provision of the Georgia Constitution is equally supported and protected for all its citizens by those who hold an office of trust and who take an oath. Any law that is inconsistent with the provisions should be declared void by the judiciary.  It is the right of all citizens to hold their government accountable within the provisions of the Constitution through a petition, and the use of the courts.

Those who are elected and appointed to serve in the public interest shall support and protect the Constitution. It is the right of all citizens to expect equal protection under the law.  All constitutional powers, authorities and individual rights should have the equal force of law to protect liberty, general welfare and ensure justice.  Any violation of a constitutional provision is a violation of the fundamental principle of consent of the governed as ratified by the Georgia Constitution of 1983.  All citizens should have the right to petition their government for redress of their grievance without any fear of intimidation, penalty, retribution or debt.  The US Constitution protects its citizen’s rights to petition and redress their government and that no state should immune itself from the redress of its citizens and due process.

The government is not above the law and its powers are not without end, The government and its officials should be held accountable for their actions, and they should not be able to hide behind the claim of immunity for actions that are beyond their powers, authority and duties. - Ed Williams 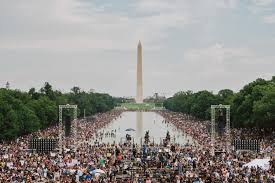 https://blackrobedmafia.com/2022/07/08/williams-v-dekalb-county-ed-williams-shows-that-taxpayers-have-a-hero-in-dekalb-county-ga/
https://www.scribd.com/document/581762854/DeKalb-Pay-Raise-Summary-July-6-2022
https://patch.com/georgia/eastcobb/dekalb-boards-pay-raise-lawsuit-still-courts-book-bag-palooza
History should not exclude the reality that others existed and their roles
Letter to MARTA Board October 8, 2020 Failure of Leadership and Oversight
https://drive.google.com/file/d/1W58NS6O07SURoaEhj4-8mEXkJ0uTRNse/view
DONATIONS
Read more »
Email ThisBlogThis!Share to TwitterShare to FacebookShare to Pinterest
Older Posts Home
Subscribe to: Posts (Atom)